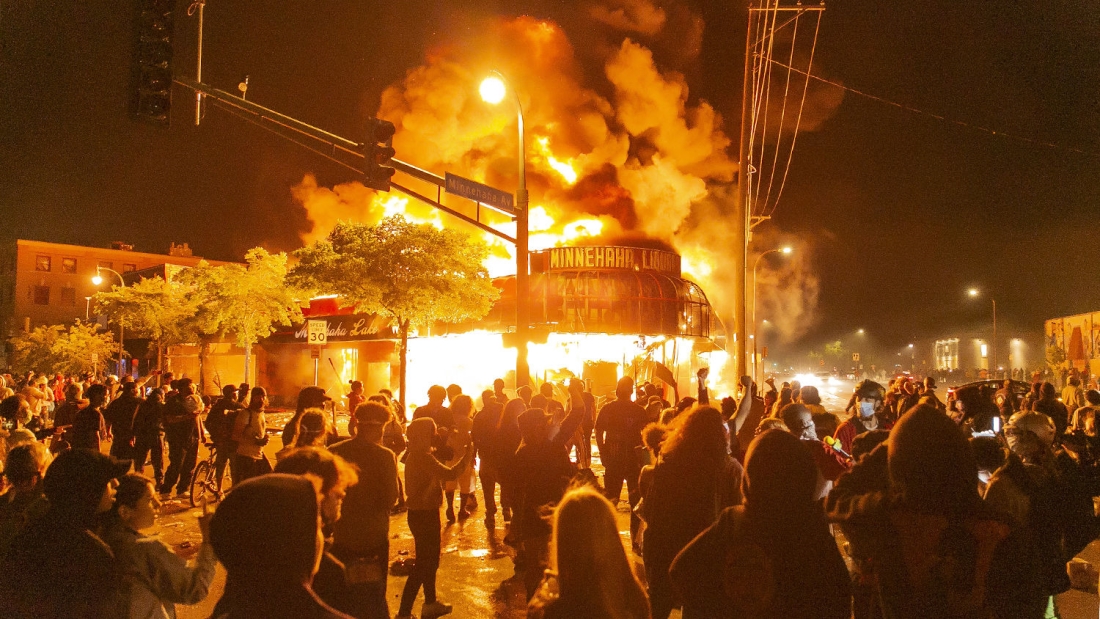 Is the United States in the process of remaking itself with a new ideology called Wokeism?

A lot of people seem to think so, but I don’t. The idea I sketch out briefly here is that the recent pandemic spread of Wokeism, a.k.a. The Great Awokening, is really only a transitory cultural phenomenon, more than a mass hysteria but less than the development of a full-fledged successor culture. Wokeism does draw upon trends in Western culture that have been underway for decades. However, as an ideology or culture it is basically incoherent and destructive, and does not offer a viable guide to a sustainable new way of life. Wokeism is chiefly marking a period of cultural upheaval—and is telling us nothing of how that period of upheaval will end.

The mess of Wokeism

Wokeism lacks a coherent list of do’s and don’ts, of the kind that normally make up a working culture. It shows no sign of having been thought through.

To give one example, the people who run BLM recently published a “manifesto” on their website which included a vaguely Maoist insistence on collective parenting:

We disrupt the Western-prescribed nuclear family structure requirement by supporting each other as extended families and ‘villages’ that collectively care for one another, especially our children, to the degree that mothers, parents, and children are comfortable.

Apparently this was embarrassing enough, even for the dedicated banner-carriers and fellow-travelers of BLM, that this provision along with the rest of the manifesto was removed from the website soon after it was posted. When I went to the site address (https://blacklivesmatter.com/what-we-believe/) as I was composing this essay, I got a simple 404 error—suggesting that BLM lacks not only sense but also basic IT skills.

Other features of Wokeism include demands for radical police reforms—radically weakening police powers—or even the defunding/abolition of police departments. Some municipal governments in the United States have been so well captured by leftists that they really seem willing to adopt such measures. But—to state the obvious—these measures, and the criminality and anarchy they are bound to unleash, are things that a developed society with a large, wealthy, and center-right business-owning class will not tolerate for long.

Further down the Wokeists’ unrealizable/unsustainable wishlist we find radical reforms to education, which have the ultimate goal of bringing about equality of outcomes for different racial and ethnic groups, especially in public schools where the Wokeists’ policy grip is strongest. Standardized tests will be de-emphasized, admissions exclusivity weakened, and discipline more or less abandoned, in order to accommodate more disadvantaged groups. Recitations of Woke ideology presumably will start to crowd out traditional subjects such as math and English. To again state the obvious: this cuckoo radicalism will mean only that any family having the means to do so will take their children out of public schools, leaving the unfortunate kids whose parents can’t place them elsewhere to suffer a long nightmare of Woke education.

Then there is the absurd idea of reparations, to be paid somehow to American blacks who, after 155 years of post-slavery systemic racism, have managed to become the world’s richest black population by far. I wonder how serious the Wokeists are about reparations anyway, since actual payment might be construed as an end to the matter, obliging both blacks and Wokeists to move on from all their racial grievance-mongering. (We all know the grievance-mongering will never be put to rest, as it serves an essential partisan-political function.) Actual payment might also do embarrassingly little to alter the essential situation of American blacks, who in many cases would end up worse following their rapid spending of their windfalls.

Open-door immigration appears to be a core policy of Wokeism, though it shouldn’t be, as it obviously harms the interests of American blacks. Even among immigrant groups, the open-door policy is apt to become unpopular to the extent that these groups see further newcomers as a source of unwanted competition for jobs. Of course liberal immigration policies have prevailed anyway in the US over the past few decades, and thus they are sustainable in that retrospective sense. But open-door immigration isn’t a culture or a pillar of a culture—it is effectively an anti-cultural policy, which almost by definition will destroy the host country’s traditional way of life and create a situation in which newcomer cultures will have to duke it out for eventual supremacy. Who seriously thinks that if Chinese-Americans or Indian-Americans take over large parts of the USA, they will continue to permit mass immigration from Africa or Latin America?

Similarly, if the wokeists succeed in making whites second-class citizens in their own country by mandating POC-preferences in jobs and university admissions—which they clearly hope to do—the end-result is unlikely to be a harmonious multiracial/multiethnic USA living under Wokeism. Much more likely will be the outcome seen in multi-ethnic situations elsewhere in the world, namely inter-ethnic strife, followed by the triumph of one or more, presumably nonwhite ethnicities—who may just divide the old USA among themselves and, in their new American country or countries, adopt nationalistic policies favoring their own. To them, the romantic multiracialism of early 21st century whites may end up being seen as a tragically maladaptive cultural trait—vaguely reminiscent of the predilection for firewater that helped doom 19th century Native Americans.

Wokeists embody the chaos of wokeism

Apart from Wokeism’s specific policy notions, look at the Wokeists themselves—especially the ones at the business end of Wokeism, where ideas are turned into action. Are these activists bustling Bolsheviks, busily setting up farmers’ or manufacturers’ or soldiers’ collectives? Not exactly. They seem like supremely messed-up people, a very high proportion of whom have histories of mental illness and/or severe sexual identity issues. They seem not only fundamentally unhappy but fundamentally set against the world as it is. That is why they burn and break and topple indiscriminately, destroying even statues of Lincoln. They seem to want the outside world to bear a closer resemblance to the disorder they have within. In other words, they don’t seem to be for anything meaningful. Does an Antifa Autonomous Zone look constructive? Is it something Western people could build upon? How about a burning, rubble-strewn downtown Minneapolis?

OK, but what about rich Woke-capitalist billionaires like Zuckerberg and Bezos? Aren’t they formidable enough to sustain Wokeism as a new culture?

Well, certainly, the Zuckerbergs and the Bezoses and their ilk are powerful. But I think they have zero intention of sustaining Wokeism in a form that could be called a new culture. They are primarily businessmen who have got to where they are by adapting rapidly in a dynamic business (and political) environment. They are now adapting to Wokeism, because it is a clear and present danger to anyone with commercial interests. Their adaptation is to feign support—they fear Wokeism and don’t want to be harmed by it, and think they can escape the firebombs and boycotts if they get out in front of the whole thing with various empty gestures. 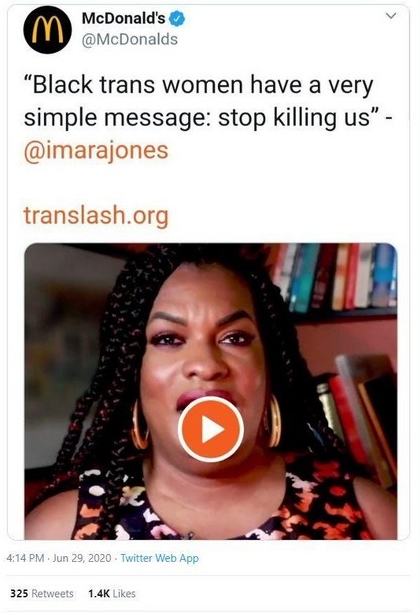 Needless to add, corporations are not about to start hiring obese black trans performers, let alone 75-IQ kids from the ‘hood, to do anything substantive. Woke capitalists’ actions will mainly be limited to the patronage of a few, influential, black “public intellectuals,” who are essentially running legal protection rackets. 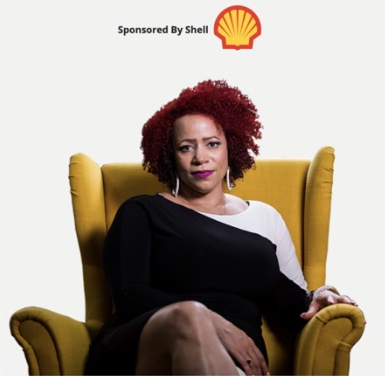 Woke capitalism may also encompass a more urgent hiring preference for well educated Asians and Latinos over whites—anyone but whites! But for the most part the corporate version of Wokeism will be symbolic. After all, competitive organizations need competent people, and Wokeism—because of its insistence on equality of outcomes—does almost everything possible to discourage the development of practical competence.

In short, Wokeism on its own can never be a constructive, society-driving ideology or culture. It may seriously damage or even topple the old culture of legacy Americans, and that process may take years and result in terrible destruction, perhaps on the scale of the French Revolution or even the Fall of Rome. But Wokeism is not itself a successor culture that will be around a couple of generations from now.

The importance of demographics and technology

I don’t claim to fully understand wokeism or its origins, but I don’t think anyone can understand it without first understanding how the cultural ground, so to speak, was prepared for it.

To switch to a viral analogy, wokeism was a pathogen that was always around. There is nothing really new about it. It is a mix, a pastiche, of a lot of old, discredited ideas most of which were first put forward by 1960s radicals. Why did it suddenly break out into a pandemic spread? I think the answer is that the big changes that made the outbreak possible were in the susceptibilities of host populations.

One big change was the cultural feminization that followed the mass entry of women into culturally influential professions such as journalism, publishing, law, politics, and science over the past half-century. I’ve written about this in earlier essays. Among other things, this feminization process appears to have made the culture profoundly more vulnerable to empathy-inducing themes of oppressed minorities, downtrodden refugees, and buzz-phrases like “systemic racism.”

American women have not been doing particularly well under their emancipation—their estimated lifetime prevalence of major depression is now more than 20 percent, to note one adverse mental health trend among many. Marriage and birth rates are falling. More and more women, having followed the dictates of feminism and sexual liberation, are living alone and childless. Amid the anxiety and bleak isolation of the COVID-19 crisis, many of them seem to have embraced Wokeness as a belief system that is almost spiritually sublime in its ambitions, and at the same time satisfyingly engages their maternal instincts to protect the weak. Other basic instincts may be involved as well. In any case it can’t be denied that women, particularly white women, have been enormously overrepresented at woke and BLM marches and protests. 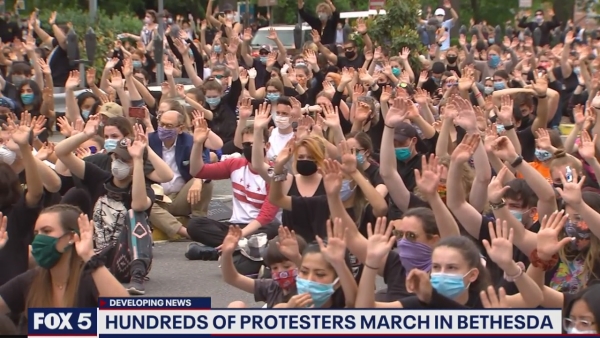 Women’s cultural influence in America isn’t going away any time soon. Any new culture that takes hold, or any form of cultural reversion, presumably will have to suit them. But a glance around the world tells us that women on the whole are very flexible when it comes to culture, provided that certain basic needs are met—needs that center largely around motherhood. I can’t believe that Wokeism, in the long run, meets enough of those needs. It seems more like a yearning, a dance, a pose, a fling, than real life.

Apart from cultural feminization and the COVID-19 crisis, two other big factors have obviously been relevant. One is the Internet, and social media in particular, which has boosted in an unprecedented way the potential speed and scale of social contagions. (I think it’s also generally accepted, if not as well studied as it should be, that women tend to transmit social contagions among themselves much more efficiently than men do.)

The other factor is the 2020 presidential election, which has spurred various get-out-the-vote operations and generally has encouraged partisan activists to whip up emotions to energize potential voters. I think various left-wing/Democrat activists did just that in the wake of George Floyd’s death, and that was the spark on dry tinder that flamed into the Great Awokening.

That flame has dimmed considerably in the months since June. It may flare up again if the Democrats sweep on election day. But I think it won’t burn for 70-odd years as Marxism-Leninism did. It doesn’t have the coherence or the minimal connection to human nature that it would need to have. What stable ideology will form on the other side of Wokeism is unclear. But given the ongoing cultural decay of whites and the relative robustness of nationalism among nonwhites, it seems likely that Wokeness will only mark the transition to a new, probably nonwhite-centered culture—or cultures. Those cultures could, ironically, end up being much more conservative and traditional than the decadent mishmash from which Wokeness emerged.