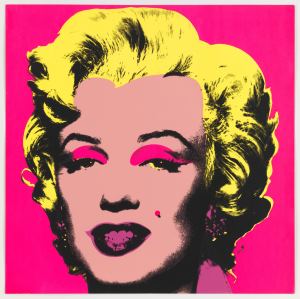 Feminists these days spend a lot of time worrying about male-dominated culture—“patriarchal culture,” “sexual harassment culture,” “rape culture,” “the culture of silence,” and so on. But shouldn’t they be acknowledging the influence that women now have on culture: on workplace culture, on media culture, on campus culture, on American culture, and on Western culture generally? That feminizing influence may be the greatest single driver of the rapid social changes seen in recent decades.

It shows that in 1950 only about 30 percent of working-age women were in the workforce, but by 2000 that figure had jumped to 60 percent and rivaled the participation rate for men, which had been in decline since the early 1950s. In other words, by 2000 the U.S. workforce had been mostly gender-integrated. On average, workplaces by then had almost as many women as men.

The historic significance of this migration on its own appears to have been underappreciated. Women never made such a move, to such a degree, in any large human society in the past. It significantly altered the structure of ordinary life.

But women in the late 20th century didn’t just move into the workforce. They moved into its upper ranks, to professions that strongly influence societal culture and policy. They became journalists, public relations specialists, lawyers, academics, novelists, publishers, filmmakers, TV producers, and politicians, all to an unprecedented extent. In some of these culture-making professions, by the 1990s and early 2000s, they had achieved parity or even dominance (e.g., writers, authors, and public relations specialists) with respect to men. Even where they fell short of full parity, they appeared to acquire considerable “veto” power over content. A 2017 report by the Women’s Media Center noted evidence that at the vast majority of media companies, at least one woman is among the top three editors.

Why is the greater presence of women in culture-making professions important? Because women, on average, think differently than men on a wide range of subjects. That psychological differentness is well established from experiments, and is reflected in the well-known “gender gap” in voting and policy choices—a gap that is even larger when considering women who are maritally independent of men, i.e., single women, one of the fastest-growing demographics in the country.

If one accepts that culture is a strong determinant of behavior, which it is really by definition, it follows that putting a high proportion of women into senior roles in culture-making professions, basically for the first time ever, will have changed the culture and therefore changed how people on average tend to think and act. It won’t have changed everyone absolutely; we are not blank slates. But it will have moved the collective needle—shifted the so-called Overton Window of publicly acceptable opinion, and shifted average behavior as well, even average male behavior. That is, in fact, the underlying logic of organizations like the Women’s Media Center, which have explicitly sought to alter, to feminize, the content of mass media and the resulting attitudes of the public by putting more women into newsrooms.

How would culture and policy have changed as a result of women’s new influence? Presumably in ways that reflect feminine psychological traits.

For example, women appear on average to be more empathetic and compassionate, more emotionally sensitive. Some of the most striking social changes of the last few decades appear to have been driven by a cultural shift in that direction: