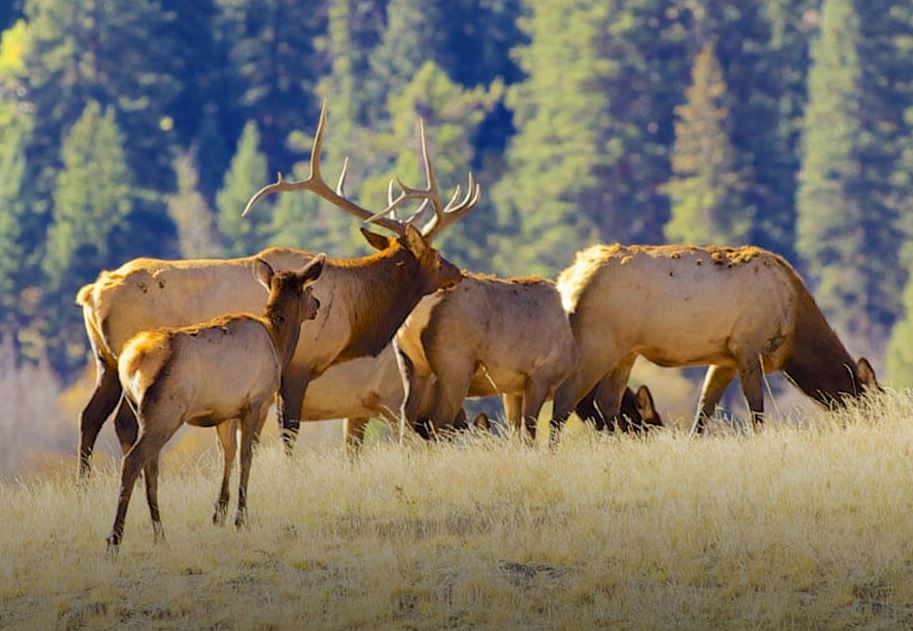 Thoughts on conservation biology for humans

“Don’t feed the animals” is a concept I didn’t really learn until late childhood, when I traveled one summer to Yellowstone with my family, and saw signs everywhere with that warning. It’s a central concept of wildlife management in wilderness areas where humans intrude.

It’s a counterintuitive concept, but a crucial one. Many and perhaps most people, especially when motivated by compassion, tend to assume there is no real harm in their feeding an individual elk or bison, particularly one that looks hungry. What wildlife managers know is that such feeding endangers not only the food-bearing humans but, more importantly, the local animal populations that are being fed. Uncontrolled feeding by humans of wild animals makes them dependent on that artificial food source, effectively reducing their adaptation to their wild environment even as their population balloons from the sudden nutrient abundance. It sets up the possibility of a crash of the animal population, perhaps to zero, due to an interruption of the artificial food supply, a nutrient deficiency caused by the new supply, or perhaps an infectious disease that takes advantage of the new density of hosts.

The key point, from a wildlife management or conservation biology perspective, is that doing what seems beneficial at the level of individual animals can, in the long-run, be utterly disastrous at the population level.

Conservation biology is functionally akin to politics in the human realm. Both aim to manage populations of animals in their natural habitats, the big difference being that politics involves humans managing other humans, which obviously introduces many complications and complexities. When humans manage animal populations they are much more emotionally detached from their charges. They get no direct feedback or pushback from them. They focus on the goals that are most important and most objectively measurable. They would consider it absurd to promote “equality” among the individual animals in a given population, or to strive to eradicate harmful stereotypes, or to do away with patriarchal oppression, or to promote the civil liberties of animals that want to engage in homosexual activity, or to change their sexual identity, or to “increase the diversity” of an animal population by mixing in other populations or subspecies from other habitats.

Conceivably if we could read animals’ thoughts or emotions better than we can now, we would discern greater complexity in their lives and “cultures.” We would more routinely see animals as distinct individuals with individual needs. But for a conservation biologist, the overriding goals wouldn’t change. Those goals center on the idea of conserving animal populations, as populations, at natural, self-sustaining levels in harmony or equilibrium with the habitats for which they are evolutionarily adapted. Implicit here is the notion of an animal population as a distinct group with a distinct lineage and territory, and a relatively small inflow and outflow of genes from and to outsider groups. The survival of that population in its natural, wild state is the essential aim, compared to which the fleeting joys, sufferings and neuroses of individual animals are immaterial. In other words, the biologist “sees the forest, not the trees”—because the forest really is all that history will ever see.

Humans in the ancient world tended to think of themselves in similar terms: as members of distinct populations, extended families really, whose general health, prosperity, fertility—above all, survival—was the proper object of human politics and governance. Even if they focused on other cultural goals as well, they would have regarded an expanding or at least stable population as the ultimate measure of success. As Yahweh is quoted saying to Abraham in Genesis 22:17, “I will multiply thy seed as the stars of the heaven, and as the sand which is upon the sea shore…”

A word here about diversity: Conservation biologists value it highly, but the diversity for which they aim is not the same as the “diversity” that gets so much attention in the human political realm. Diversity in the lexicon of conservation biologists, or what is usually called “biodiversity,” refers to a diversity of distinct, habitat-linked animal populations, many of them representing different species or subspecies. It does not refer to genetic diversity within an animal population. In fact, conservation biologists tend to view a large flow from one population into another, or from one habitat into another, as a negative outcome, a destroyer of biodiversity, i.e., an invasion or conquest—thus the term “invasive species.”

Many people in the modern West, especially among the elites, prefer to see themselves as members of populations that are no longer like extended families of one ethnicity and culture. These post-traditional populations are more like modern sports teams, with flexible rosters of free agents whose attachments to the group are merely contractual.

Why has this new notion gained so much currency? The main reason is that it is a fait accompli. Prior to the 1960s virtually all Western societies were essentially ethnostates, and as such had at least mildly and implicitly racist policies in place, including policies on immigration. But the memory of toxic ethno-nationalism in the WW2 era, the post-1950s feminization of culture and policy, and a growing sense that nonwhites represent a relatively untapped source of electoral power, led the West’s political elites to try to expiate their racism with various policy changes, including relaxations of immigration laws. Unsurprisingly, these border openings were followed by ever-increasing inflows of nonwhites from developing countries—nonwhites in search of better standards of living via more generous welfare systems and more prosperous, stable economies. Heavy multi-ethnicity eventually became the status quo that the political system organized itself to benefit from and justify: Immigrant-citizens and the wider political and business-owning class that are favored by this arrangement now say what they must and vote as they must to maintain it. At the same time, the legacy populations that don’t benefit, and might have defended themselves, have been disarmed by threats of being tarred as racists or even “white supremacists.”

There is a long history of thinking about one particular Western country, the United States, not as an ethnostate but as a new type of nation, bound by a single set of beliefs in liberal democracy (“creedal” nation) or, even more loosely, by the mere rule of law (“civic” nation). However, even if one thinks those explanations are valid for the USA, they have never been expressly adopted by other Western countries, which—again—have long had ethnic bases for their nationhoods.

In any case, multi-ethnicity has happened and is here and for the immediate future will remain, because the factors that drove and allowed it still pertain.

But do free-agent states command the allegiance of their citizens sufficiently—are they knit together well enough—to allow them to compete, in the long run, with ethnostates? And anyway does the survival of a “group” with rapidly changing membership and no common culture really mean anything? What do its members have in common, other than possession of the same territory? If we really were to think of societies without attention to underlying changes in their ethnic composition, we would blind ourselves to certain stark realities, such as invasions and conquests, and even the slower national collapses that are maybe just as common and important. If one set of ethnically and culturally distinct people moves into a country, replacing its relatively infertile natives over a few generations, is there any sense in pretending the country has remained the same?

What if Ethnic-Group Survival Were Priority One?

Is doesn’t imply ought. People can, and will, practice politics any way they like. For most, being reminded that we in the West think of animal populations in one way and our own human populations in a quite different way would probably draw little more than a bewildered shrug. Others would warn, rightly enough, that the traditional ethnocentric view has its own hazards, on full display in the WW2 era, or in more recent, sometimes very bloody, inter-ethnic conflicts—or even during a relatively peaceful interlude a century or so ago, when many governments adopted eugenics policies including forced sterilization, essentially to “improve their stock” as a farmer might try to improve his herds of cattle or sheep.

But have these past excesses frightened us into running too far in the other direction? It just seems worth considering how our politics and societies would look if we reverted to the usual practice of defining our populations, our “nations,” in ethnic terms, with reasonable allowance for urban cosmopolitanism as well as the ethnic mixing that occurs at the margins of any population. Such a reversion would mean making the maintenance of our Western nations—under the wider goal of human population diversity—our first priority, as is the case, effectively, in traditional societies and even some of the West’s more successful and happy groups (e.g., Jews, Amish, Mormons).

We also would recover traditional, intuitive, easily recorded metrics for our nations’ health, namely their sizes and fertility rates. We would see our present low fertility rates and fast-dropping population numbers (i.e., for people of European ethnicity) as sure signs that something is wrong. Stability, or even rises in a population to fill its undeveloped territory, would be the goals.

This logic has the added virtue that it aligns with our deep sense that things have been bad and are getting worse, and it clearly belies the polyanna pronouncements—based on other, less relevant “data”—that we’ve never had it so good.

Returning to this way of thinking wouldn’t mean abandoning a humane approach to governance. But by making the sustenance of our nations, properly understood, our first priority, we would create a sensible barrier to the kind of social experimentation that tends to harm family formation and fertility. Moreover, thinking of populations in the traditional way, as extended families, should help restore the traditional sense of, and need for, community—that basic higher good that has been increasingly suppressed and lost in the individualistic modern West.

At bottom, thinking of nations in ethnic terms is realism, or at least a lot closer to realism than modern liberalism gets. Much of the energy of modern liberalism is spent in covering up its own irreconcilable contradictions, arguably the worst of which is the promotion, for political purposes, of ethnic identity and cultural separatism among nonwhites despite the implicit (if unrealizable) need to bind these groups, with whites, somehow in a shared sense of nationhood. And of course it is hard to find historical precedents for multiethnic/ multicultural societies that inspire optimism. Multiethnicism may have been tolerable at times amid the growth and wealth-building of empires, but it also seems to have torn its host civilizations apart whenever wider allegiances weakened. In any case, there are all too many, all too convincing historical precedents for population replacement through migration or invasion, aided by the consequent social decay and demoralization among the natives. It may be the way of the world that “peoples” and their civilizations don’t last forever; even so, there are fundamental reasons why we—even as conquerors—have been inclined to see such collapses as sad and tragic events.