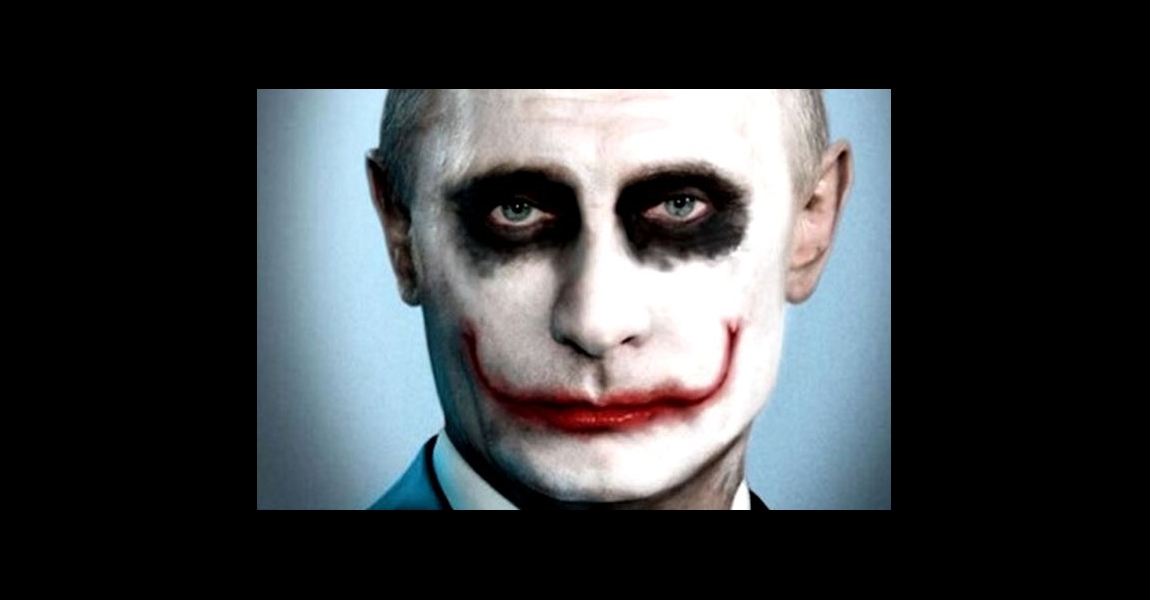 The sanctions against Russia—both the official economic sanctions and the unofficial, often petty-seeming sanctions such as banning Russian owners from cat shows—arguably represent the first great “geopolitical cancellation” of this new feminized era in the West. 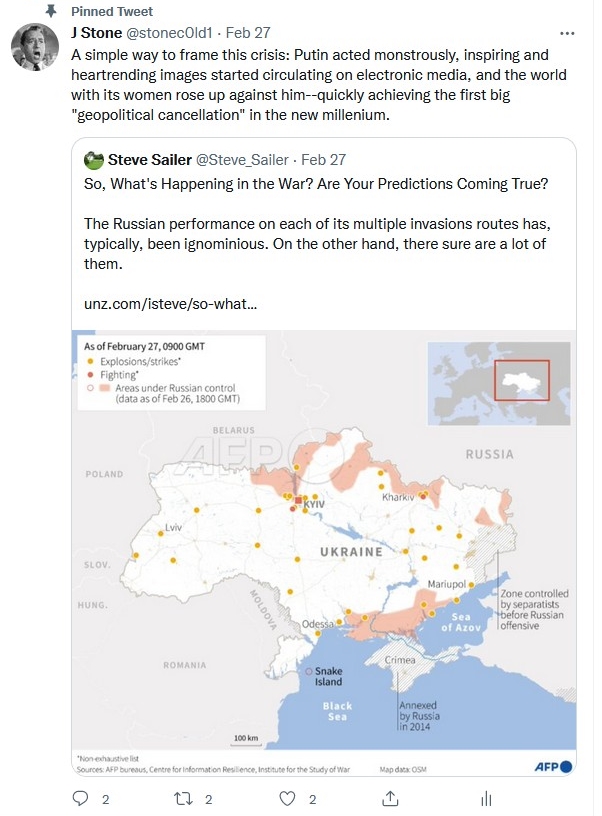 This cancellation obviously goes far beyond the usual diplomatic noises that are made when the blame for conflicts is murkier and the victims more remote from us. It is a public reaction to an outrage that rises explosively above the usual outrages, involves fellow Westerners, and is available to tug at the heartstrings 24/7 on a variety of electronic media.

Moreover, it really does look like a broad translation of the usual domestic cancellation strategies to the geopolitical scene, including economic punishment, censorship, general ostracism, threats of judicial action, and indirect assistance for those who fight the Cancelled One, but of course no direct, overt involvement in that fighting.

Given the scale of this response, the scale of the atrocity that triggered it, and the scale of Russia’s ongoing losses in Ukraine, Putin’s downfall seems inevitable. After killing many thousands of innocent Ukrainians, destroying probably trillions of dollars’ worth of Ukrainian buildings and other infrastructure, utterly breaking Russia’s army and air force, and of course lying through his teeth about his actions and motives, he does not appear to have any way out—any peaceful “off ramp.” He is our generation’s Hitler, and I suspect he already knows that his days, in office at least, are numbered.

There are many potential pluses to a Putin downfall. One is that Russia again will have a chance to achieve what it could not achieve in the 1990s, namely a more mature form of government and economy, oriented towards and not against the West. Such a transformation of Russia, which I think is somewhat more likely than the alternative, would mean a final unification of all the West’s major powers, and at least a temporary “emboldening” of them. That in turn could usher in one of those periods of history, like 1990-2010, in which the West reigns supreme over all earthly comers. In this scenario, bad actors such as Iran, China, and North Korea would have to watch their step, at the very least, and the world in that sense would be a safer place.

But here’s the bad news. Even if the “best case” scenario happens—including a glorious Russian uprising and overthrow of the dictator, maybe even on Easter Sunday (April 24 in the Russian Orthodox calendar)—the West has suffered a blow in its own ranks that I think is of dire significance.

If you’ve read any of my previous essays on this site, you know that I have taken a generally dim view of the West’s future. Cultural/political feminization; mass immigration, multiculturalism and wokeism; and the lack of political tools for solving these problems, have doomed the West in the most basic ways, as I have seen it. On the other hand, conservatives in the West have been gaining strength and coherence in recent years in reaction to the excesses of Letfism/wokeism. As recently as a month ago, it had seemed plausible to me that a Zemmour-ization of the Western Right (Eric Zemmour is explicitly against both cultural feminization and mass-immigration/heavy-multiculturalism) could, eventually and with a lot of luck, restore the situation.

But what Putin’s unprovoked invasion of Ukraine revealed all too clearly is that much of the Right in the West is, well, wrong, and about fundamental things. Sadly, these Wrong Rightists include Zemmour as well as prominent commentators in the US, Tucker Carlson and J.D. Vance among them.

The Wrong Rightists hate, first and foremost, what they call the Globalist American Empire (GAE). Fair enough—I hate it too. The problem is that they view Putin not as a murderous kleptocrat and global troublemaker (as I view him), but rather as a valuable counterweight to the hegemony of the GAE—a counterweight they want to strengthen, not weaken. These pro-Putin rightists have seemed quite willing to nullify the sovereignty of Ukraine (and, since the invasion started, have been willing to let Putin’s murders of tens of thousands of Ukrainians go unpunished), in order to preserve this counterweight—this bastion of old-fashioned Christian values according to the peculiar delusion afflicting some of them.

Of course, quite a few of the Wrong Rightists are backpedaling now, saying they deplore what Putin did, etc. They understand, at least at some level, the parallels between their sentiments and the discredited sentiments of say, Laval in France and Lindbergh in the USA during 1939-41. They therefore tend to exhibit their distress over the impending collapse of Russia as a Great Power, and the impending destruction of Putin and Putinism, in ways that are more or less indirect. They are peevish about Ukrainian “propaganda.” They lament the “lost opportunity” to have prevented the horrors of this war by barring Ukraine from NATO, thereby calming the nerves of their sensitive hero in the Kremlin. They speak darkly of Ukrainian “Nazis.” They yearn for a swift settlement that preserves Putin in power (and, not incidentally, conceals the fatuity of everything they have claimed or predicted about all this). They emit copious cope about how Russia is still destined to “win.” Above all, they say the West should care less about Ukraine and more about problems at home.

Here are just a few examples of this output (to which I may add soon as time permits): 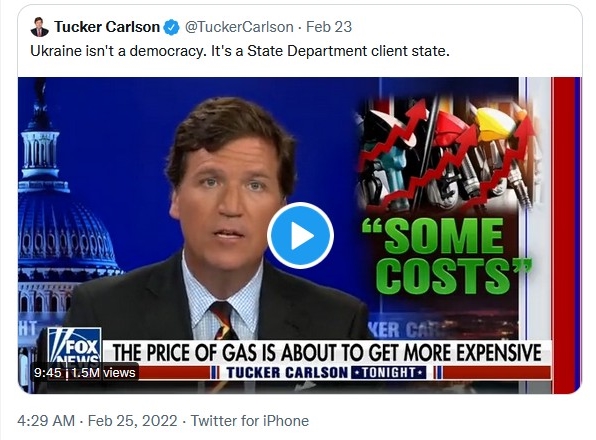 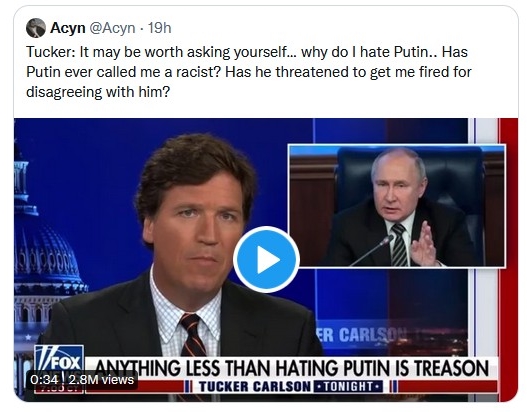 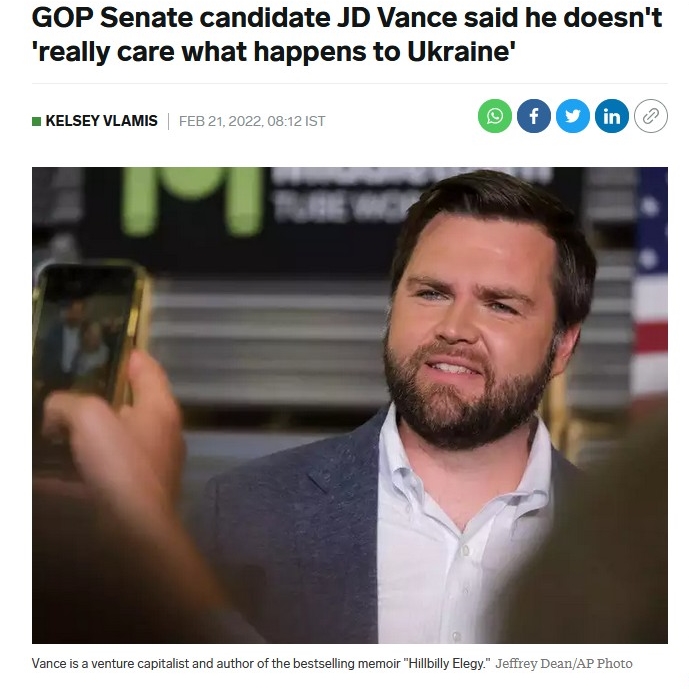 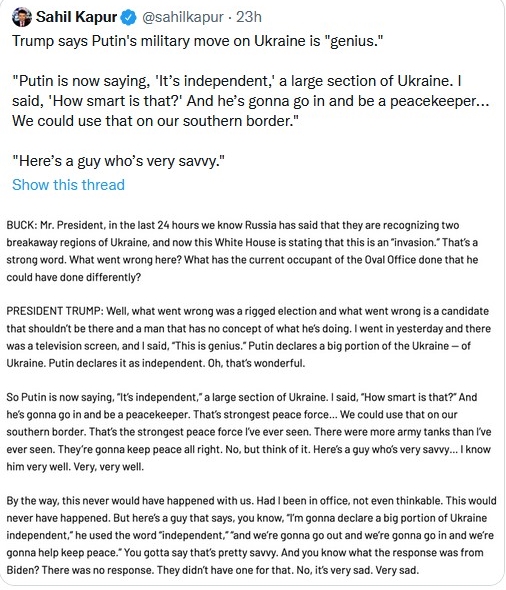 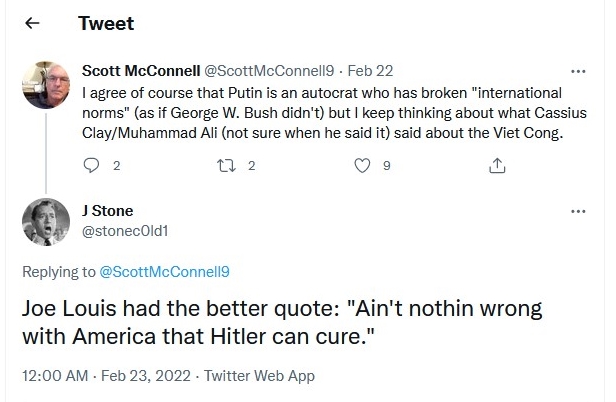 What I think all this means is that the Western Right in general now is left with much less credibility in the eyes of the average normie citizen, just as occurred in the aftermath of the Pearl Harbor attack in 1941. In particular, the pro-Putin, “America First” sector of the Right, the sector that happens also to be most deeply concerned with the most serious issues, such as mass immigration, has grandly shot itself through the foot—or maybe through the heart. This has left the Left/center-Right “GAE” coalition in a much better position, so that there won’t be a Zemmour-type president in the USA any time soon—and I’m guessing now there won’t be one even in France. Thus the West’s demise will have been hastened at the very moment of its own apparent triumph over its longtime mortal enemy.