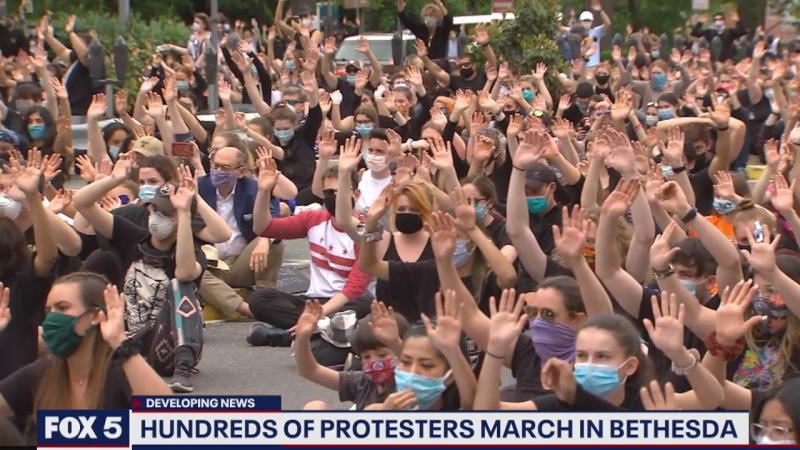 What if Western societies are now inherently unstable?

There have been slow social changes over the past century, but there have been fast ones too. A recent one, the year-old outbreak of extreme wokeness called the Great Awokening, has spread with wildfire velocity through US and even foreign institutions, raising the basic question: why did this happen?

Part of the answer is in the term itself. The Great Awakenings were several distinct episodes of intense religious fervor, chiefly in North America, in the 1700s and 1800s, and arguably in the 1960s-80s. They were social contagions, and spread, like viruses, within populations that had for various social and economic reasons been made peculiarly vulnerable to them. They included mass gatherings to hear highly charismatic—one might say hypnotic—preachers, and mass conversions, amid fainting and weeping, to less hierarchical, more personal and emotional forms of Christianity. Contagions of guilt over sinfulness were followed by outbreaks of ecstasy over salvation. But while the Awakenings were, most vividly, mass psychosocial disturbances, they also led to durable changes, in affected Christian churches, in theology and ordinary practice.

The Great Awokening has shown at least a superficial resemblance to its Christian forbears, in its weepy mass gatherings, its heavy inculcations of guilt, its pressure to embrace radically new ways of thinking—whiteness as a sin—and in its swift march through the media and other important institutions. Above all it looks like a social contagion.

Some factors that made America susceptible to this contagion are plain enough. At the time the Great Awokening started there was a deadly pandemic of a real virus, and, for many, an associated, highly stressful interruption of normal life. There were also unnerving riots, lootings, and other social disturbances in US cities, due to some unhappy police/perp encounters that were amplified by activists and politicians in the run-up to a fateful presidential election. As for the themes of the Great Awokening, they were not really new—most had been around since the 1960s, usually on the radical fringes. In general, white American guilt and perplexity over the chronic low status of the average black American has been an unassuageable stressor on the country from the time of slavery.

But I think there is another big piece in this puzzle of why the wokeist gospel, with its hatred of white American heroes and hagiologies of black ne’er-do-wells, ripped so easily and swiftly through the country and its key institutions, including corporations, and even now mostly retains all these conquests.

As readers of previous essays of mine (especially this, this, this, and this) may have guessed already, this missing piece is the involvement of women—women as ordinary citizens, and as members of affected institutions. And although I’ve touched on this theme in these previous essays, I’m coming at it here from a slightly different, cultural dynamics angle.

If history has taught us anything about social contagions, it is that women, on average, are more susceptible to them than men. Women have been the key instigators and transmitters of all the most famous mass-hysterias, including the many medieval and early modern convent hysterias and witch-hunts, but also all the modern, medicalized mass-hysterias–among them Charcot’s neuroses (which kicked off modern psychiatry), multiple personality disorder and other “recovered memory” syndromes, the ongoing child gender dysphoria hysteria, and ordinary schoolyard hysterias of the “children overcome by mysterious gas leak” type. This relative susceptibility to emotional contagion is one of those feminine traits that is sort of obvious anecdotally, and occasionally is given weight by an experimental psychology study, though the idea of it runs against the prevailing pro-feminine orthodoxy in media and academia, so it isn’t mentioned much.

Why are women this way? To me the likeliest, if necessarily tentative, explanation is that the two sexes, with their distinct traditional roles, have evolved distinct sets of psychological leanings and behaviors, and the typical feminine set of behaviors includes a superior emotional sensitivity and sociability as a broad adaptation that facilitates, e.g., child-rearing. The fact that this “enhanced connectedness” makes women more susceptible to harmful social contagions may have been an acceptable side-effect in times when women were mostly restricted to home and hearth. Women’s greater ability to align among themselves may even have ended up as part of an adaptive female defense mechanism against the physically stronger sex.

If we consider just this trait, or trait-set, and ask what its social impact should have been as women entered public life en masse over the past half-century or so, I think we end up making sense of a lot of otherwise puzzling social phenomena. In regard to the Great Awokening, we can hypothesize at least that this has been primarily a contagion among women, especially young women with high feminine energies that are not absorbed by husbands and children and need some outlet.

I would suggest too that the Great Awokening’s transformation of big institutions reflects not only the general fear of personal cancellation within these institutions but also the “critical mass” of susceptible women who work in them. In other words, for example, a male executive at a big corporation might only pay lip service to wokeism to preserve his status, while a female executive would be more likely to enforce it from conviction.

As Orwell once said through his 1984 character Winston Smith:

It was always the women, and above all the young ones, who were the most bigoted adherents of the Party, the swallowers of slogans, the amateur spies and nosers-out of unorthodoxy.

I don’t think that women are equally susceptible to any orthodoxy—I don’t expect them to spawn variants of Nazism, or, say, jihadist Islamic ideology. But I think there is a broad range of stuff they go for that comports with the feminine, weaker-sex, caregiving mindset and includes themes of trauma, the loss of agency, the need for inclusivity, and protection from environmental threats. Wokeism ticks most of those boxes, but may also be appealing to women, at least subconsciously, because it is very much an anti-male ideology–so that women have inherently less to fear from it, and may even find it a useful tool for dislodging men, especially white men, who somehow stand in their way. 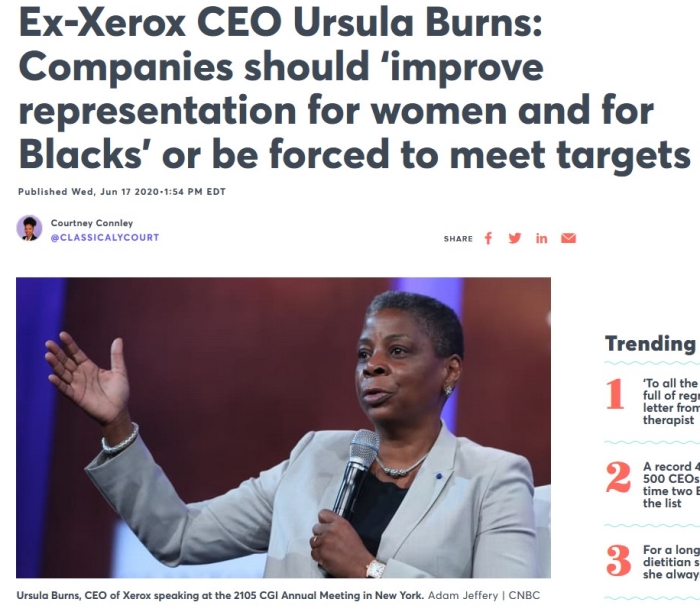 Like all the other aspects of women’s cultural ascendancy in the West, this one seems to lie there in plain sight while remaining officially unmentionable. How often do we hear of petitions against insufficiently woke persons, usually white males, by students at a university, or reporters at a newspaper, or employees at some publishing house, in which the feminine sentiment of the complaint (“we feel unsafe”) is unmistakable, and yet no one—in a media increasingly controlled by women—mentions the striking preponderance of females among the petitioners? How often do we see images in the media of Great Awokening mass gatherings whose participants are mostly female though there is nothing in the caption or the story text to explain or even acknowledge that interesting fact? It would seem that a big part of female power, even of the modern, feminist, you-go-girl variety, still comes from feigning powerlessness.

In any case, if the entry of women into public life over the past few decades has now reached a “critical mass” that makes Western institutions and culture highly susceptible to runaway ideological fevers and contagions, then the West obviously has a much bigger problem than wokeness itself.

As noted, I’m assuming that these contagions will be broadly limited to those whose themes are consonant with female sensibilities. But, as the experience so far with wokeism suggests—and the quote from Orwell suggests too—female sensibilities may be no less likely than male sensibilities to support the establishment of totalitarian or otherwise inhumane regimes.

Arguably an even worse outcome is to have no regime at all—to have the chaos of anarchy. Is it far-fetched to suggest that anarchy is where the ascendancy of women is taking the West? The feminized elites of Western, especially Anglosphere, countries now promote influxes of ethnically distant foreigners, and official favoritism towards these newcomers, while preaching hatred and suppression of white legacy populations. Propaganda along these lines has become deafening over the past two decades, and it’s now hard to imagine that it could ever be reversed fully. But the long-term outcome of demeaning and replacing a dominant legacy population with a mix of very different, often half-civilized foreigners is almost by definition going to be a civilizational collapse. Another, perhaps mostly Asian-flavored civilization may arise from those ruins, but there is no guarantee that it will be better—in any sense—than the Western civilization that is now swiftly fading.

I want to emphasize that I don’t wish to demean women in putting forward this set of suggestions. Many women are more resistant to the wokeism nonsense than the average male—and, as females, have better insight into the quirks of the female mindset.

But the key idea here is that there is a difference between the average female and average male. In other words, for traits relating to social contagion susceptibility, men and women can be scored along two bell curves which mostly overlap, though they have different means. That difference in the means makes a big difference on its own. In addition, those women out on the more “extreme feminine” tail of the female curve—who I expect are mostly young, single, fertile, with passion and compassion to burn—may have an outsized impact through their particularly strong ability to align emotionally and transmit contagions.

I think this sex difference is also a good example of a relatively subtle average difference measured at the individual level adding up to a striking difference in collective behavior and culture.

All that said, I am not dogmatic about any of this. I’m broadly aware that we as modern humans, with our fixation on the individual, know too little about how our individual traits relate to the shapes and dynamics of our societies. Essentially, we don’t know the recipe for making civilizations that are good but also sustainable. Again and again, across history, we are born to civilizational riches and then ignorantly squander them.