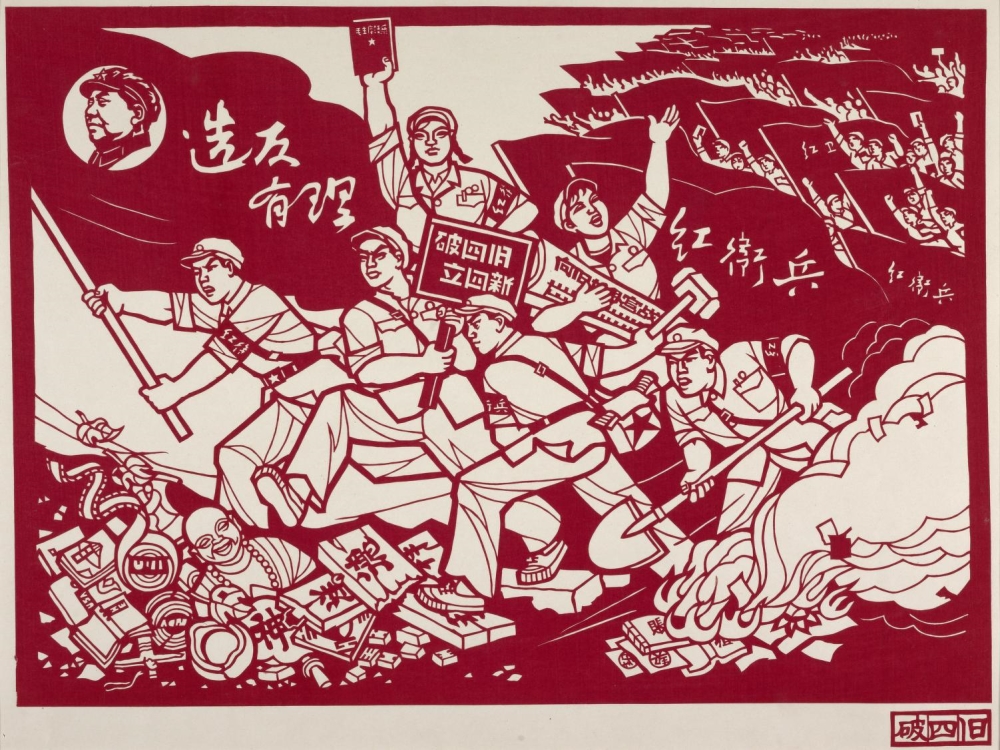 Americans who watch with dismay the erasure of various symbols of their history and traditions—statues of Robert E. Lee, Theodore Roosevelt, etc.—might take comfort from certain facts about the Chinese Cultural Revolution, which occurred during 1966-76.

The CCR was similar in character but vastly greater in its extremism than what America has been experiencing at the hands of its wokeist mobs. The CCR’s spearpoints were cadres of “Red Guard” fanatics, young people (even teens) whose instability and restlessness, suggestibility, and high susceptibility to fanaticism were probably comparable to what one finds in today’s Antifa brigades.

These howling Maoist minions sought the erasure of whatever competed with Maoism, which in practice meant just about anything predating Maoist China—history books, art, architecture, temples, even genealogical records. Red Guards and their camp followers toppled statues of Confucius, pasted huge banners with their slogans everywhere, and went around attacking intellectuals or anyone even lightly connected to the teaching of pre-Maoist history or philosophy.

There was a strong irrational element in all this—indeed, the CCR was reminiscent of the orgiastic, throw-out-all-inhibitions themes in the old feasts of pagan Europe. It suggests, ironically, that the mostly simple, agrarian Chinese had been chafing under the saddle of Maoist collectivism and needed some release—even if that release served Maoist purposes. There was not only a lot of physical harassment and assault of ordinary people going about their business—there was murder and even cannibalism.

At some high schools, students killed their principals in the school courtyard and then cooked and ate the bodies to celebrate a triumph over “counterrevolutionaries” . . .  Government-run cafeterias are said to have displayed bodies dangling on meat hooks and to have served human flesh to employees. [NYT]

Not content with attacking living reminders of the old China, Red Guards also broke into cemeteries and dug up the skeletal remains of ancient Chinese emperors and nobles, desecrating them and denouncing the persons these remains had once been.

Amid this hysterical savagery, the Chinese government closed schools and universities, sending tens of millions of urban students, including those who hoped to be scientists and engineers, to do hard labor on collective farms in the countryside. Overall, for as long as its radicalism prevailed, the CCR created a mini Dark Age in China.

So one simple lesson from this is that, however badly Americans think they have suffered under the Great Awokening, it could have been much, much worse.

Another, arguably more important point is that the CCR didn’t last forever. It was so extreme that, like many mass hysteria-type episodes, it became just absurd, dying of its own absurdity—and I guess for many of those caught up in its fervor, it was an emotional storm that ultimately blew over. The CCR also effectively immunized many Chinese, both ordinary and elite, against ideological excesses—which in turn helped pave the way for the liberalization and wealth explosion that occurred in China in the decades that followed.

There are obvious differences between the dynamics of the CCR on the one hand, and those of the Great Awokening on the other. The Awokening has been less centralized, for example, and has had a weaker connection to government. Moreover, although the Awokening may draw some of its strength from reliably impressionable young people, it also—unlike the CCR, which occurred in a less feminized society—seems particularly well rooted among managerial-class (“elite”) women, whose affinity for wokeness may be much more durable.

Still, the Awokening’s most feverish period of statue-toppling, city-burning, and curriculum-rewriting (“math is racist”) seems to have ended. The supporting regime has failed to entrench itself with new laws, and there are many signs of popular opposition. In short, the Awokening in the United States is running out of steam, and may face reversal even in many states where it has been running rampant.

It therefore makes sense to start thinking about how best to empower and sustain this reversal. In other words, in the long term, in America and presumably other affected countries, how can wokeism be cured and its recurrence suppressed?

My suggestion is to follow an example set by the Red Guards themselves—not an example of their savagery, of course, but of their simplicity of messaging.

One of the CCR’s most enduring slogans was “Smash the Four Olds!” the “Four Olds” being the “customs, cultures, habits, and ideas” of pre-Maoist China. The Chinese, maybe for simple mnemonic reasons, have a thing for numbered lists in their public slogans—certainly Mao did—and so this particular slogan was crafted accordingly (though they might have said simply “Down With Pre-Maoist Culture”). The Awokening, on the other hand, and I would say American degeneracy in general, really does have distinct conceptual roots, the elimination of which may be a necessary condition for long-term societal health.

This idea, a contagious pathogen to which Western societies seem peculiarly prone, may have originated in the “we’re all God’s children” universalism of Christianity—a universalism originally fashioned by St. Paul et al for the multi-ethnic world temporarily united under imperial Rome. The march of technology and science has since weakened other elements of Christianity, but the diversity-worshipping element has been continually stimulated to grow in Western societies, far beyond its original religious context, by the irritant of white-black conflict in the United States, and by flows of non-Western immigrants to Western democracies amid the globalization of trade and labor and declines in Western birthrates. That’s a simplification of what has happened, but not a very wrong one, I think.

Although I’m making a list here, not an extended argument, I think there is ample evidence (including from my own life experience as an expatriate) that societies with ethnic supermajorities, i.e., some diversity but not much, are not only typical and traditional but also are greatly preferable to societies with high ethnic diversity.

Mass immigration from ethnically and culturally distant places harms a society in other ways too, involving issues of economics, social trust, and identity. But the fact that it sets up inter-ethnic conflict is already a sufficient reason to put it in the dustbin of history.

Disparate peoples can commingle and ultimately become one people—that is one of the fundamental themes of world history. But the sorry results of Western experiments with multi-ethnicism suggest that this commingling works much better when done at a slower, more natural pace. 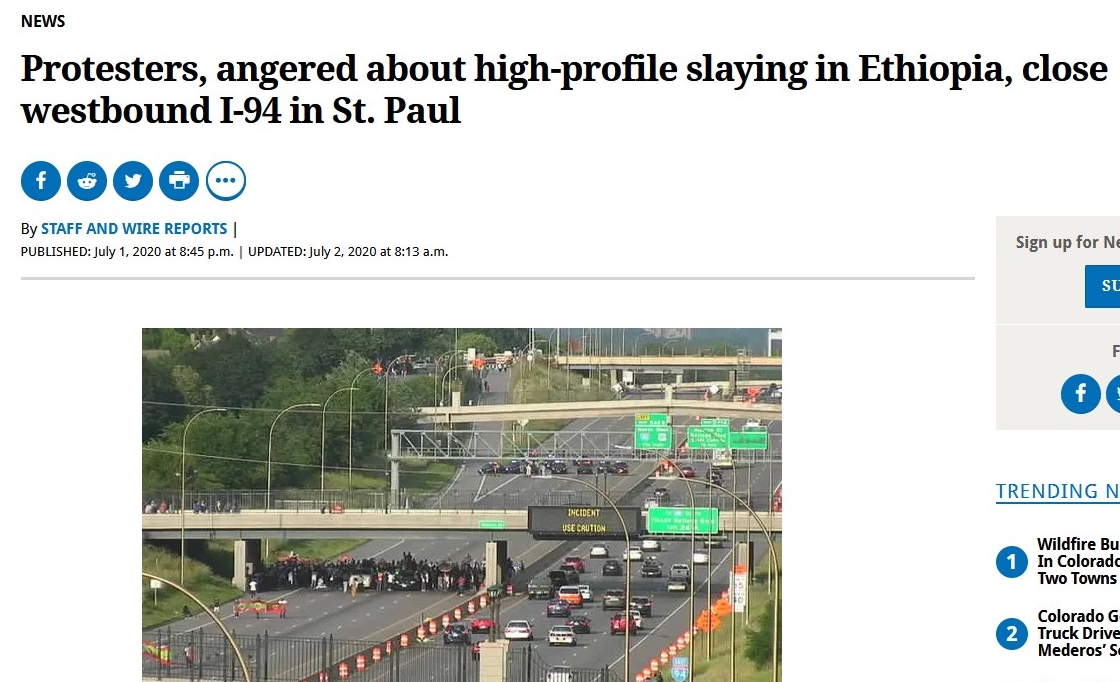 As I’ve suggested in several essays over the past decade, women for plausible evo-psych reasons tend to approach issues of culture and policy differently than men do, and thus their ascension to cultural and political power in the USA and other Western countries in recent decades has been accompanied by dramatic cultural and political changes.

I have proposed (good summaries are here and here) that the trait that acts as the chief driver of these changes is women’s greater emotional sensitivity, and that this greater sensitivity, now unleashed in the public sphere—presumably having been adapted by evolution for motherhood and home life—is leading to a host of bad outcomes. These bad outcomes include a retreat from traditional Western liberalism (free speech, free scientific inquiry, due process of law), an unthinking embrace of the “diversity is our strength” fallacy, and a generally enhanced proneness to social contagions.

Essentially women, now that they have power, have been remodeling Western civilization to suit their ways of thinking, without fully appreciating what they are doing, let alone acknowledging that they might—on average compared to men—have significant shortcomings in this capacity. This problem is exacerbated by the fact that women’s new cultural/political power, and their apparently greater ability to cohere against perceived enemies—to cancel them or worse—makes the subject of women’s potential shortcomings unmentionable in mainstream discourse.

Partly as a ratchet-effect holdover of major economic crises (e.g., the Great Depression), partly because politicians in democracies are constantly tempted to buy votes (in effect), and partly because of the feminization (see #2 above) of the elites that shape culture and policy, the provision of “welfare” in one form or another is now the major focus of modern government in the US and other Western countries.

Probably most Americans now don’t even think to question this historic shift. Yet it should be clear that this modern Hyper-Welfarism has inherent inefficiencies and long-term adverse effects, and thus usually worsens the problems it was meant to ameliorate. Its powerful enabling of the centrifugal forces threatening the African American family—resulting in skyrocketing rates of out-of-wedlock births—is one of its most cited adverse effects. But really it weakens individuals and groups across society: by creating dependencies; by taking away traditional disincentives to antisocial behaviors; by vastly increasing the burden on taxpayers; and by displacing (e.g., in the healthcare economy) more local or market-based organizations and forces that would have produced better solutions.

Worst of all, the overwhelming government emphasis on welfare provision gives elites—wokeified elites in the US’s case—enormous power to manipulate society by lavishing rewards on their factional friends and withholding them from their enemies. 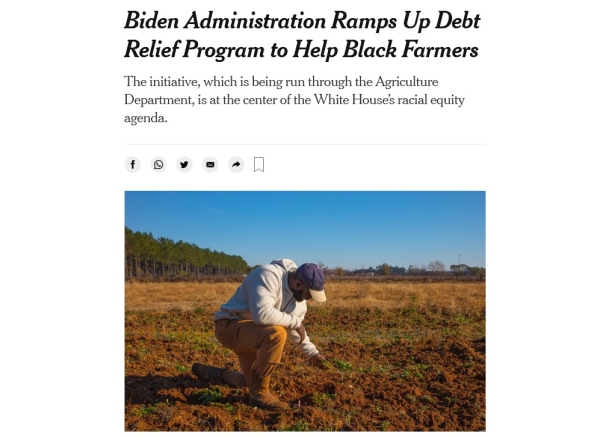 It became weirdly fashionable at the start of the Great Awokening, when American cities were burning and the stability of the World’s Top Democracy was in question, to exclaim that . . . Fukuyama was right all along! Democracy is the end-stage of political history! These riots and lootings represent only a bumpy patch! Fukuyama specifically warned that there would be bumpy patches!

In any case, it should be obvious that on the subject of democracy these days, someone like Curtis Yarvin is more relevant than Fukuyama.

My point here is that the USA since its founding has gone from a cautious and relatively rational approach to the problem of political structure to an unthinking worship of “democracy”—a worship that is not merely irrational but also actively harms Americans and their society, mainly by concealing the antidemocratic power of the country’s out-of-control (and again, wokeified) elites.

The term “democracy” as used these days is apt to be misleading. No one really has a democracy in the pure sense. Virtually any government, from monarchical dictatorship to a theoretical rule-by-referendum, involves a certain (at least de facto) allocation of power to the ruling elites, on the one hand, and to “the people” on the other. There may be different factions among the elites, and among the people, and of course different styles of government—suited for different populations—which will vary in how they balance elite power and people power. But no large country has ever lacked a political and cultural elite.

Yet democracy-worship in America has encouraged the false belief that one can do without an elite, or even that elites don’t exist in the country anymore. In other words, instead of acknowledging elites, limiting their powers, and inculcating in them a certain level of responsibility toward the people (once called noblesse oblige), the American cultural and political system—led by elites themselves—effectively has encouraged elites to believe that they are not elites, and have no special responsibilities. This seems to be a crucial weak point in the American (and more generally Western) political order, and I think it has contributed to the  dissolution of Western societies in many ways, including via the mass immigration that elites embrace, at everyone else’s cost, because (they think) it benefits themselves.

In short, then, a successful political system probably requires at least some acknowledgment, if not protection, of its elite class, combined with measures to limit elites’ power and curb their selfishness–above all, to protect ordinary people and their basic way of life from whatever stupid ideology happens to possess elites at a given time. Whether one calls the resulting system a “democracy,” “republic,” “oligarchy” etc. is, per se, less important. And again, from this perspective, formulations such as “democracy is the best” or “we’re the best because we’re a democracy” are not merely nonsensical; they are also toxic.